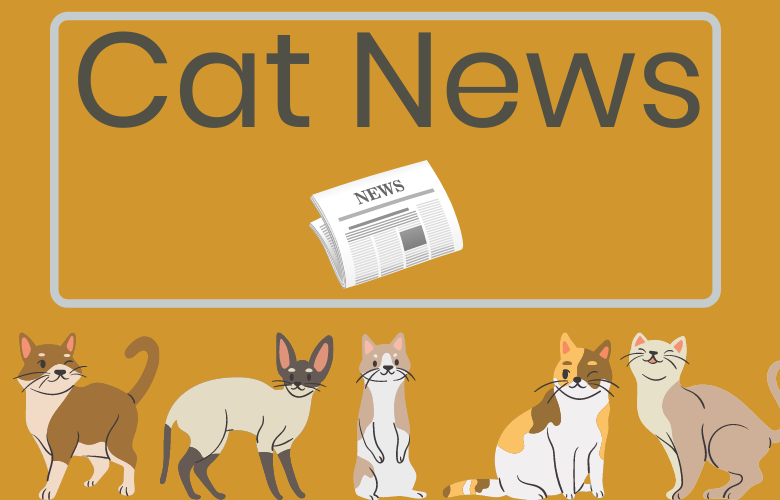 A family in Maryland was shocked when they were notified that a stray cat was found via a microchip scan by a veterinarian.  They were shocked because Jason and Liz McKenry’s cat, Ritz, went missing 16 years ago!  Initially, when Ritz had run out of their apartment and went missing, the couple looked everywhere for Ritz.  They couldn’t find their beloved cat for months, even after checking nearby shelters.  The family welcomed home Ritz and were happy to spend time with their long-lost cat Ritz.

Cat Cafés are popping up across the country

Stay tuned for the opening of a new cat café in Central Ohio.  The Kitty Bubble Café & Bar is slated to open in late August of this year.  The owner, Ivy Hou, announced the café will feature bubble tea, coffee, tea, beer, and wine in addition to a cat lounge to cuddle kitties.

In Las Vegas, the non-profit Hearts Alive Village has opened a cat café to help adoptable cats from shelters be paired with people that could give them furever homes.  There is a $15 entry donation to help raise money for the vaccines and microchips for kittens and cats to be adopted

An event called the Cuddle Cat Rescue Kitten Shower was held in Missouri where people were able to come to meet cats, get information about adopting and fostering, and enjoy refreshments. People also brought donations to help the shelter, like cat food and litter. Cuddle Cat adopts approximately 300 cats per year and was started by the founders, Janet Matson and Zach Atteberry in 2017.