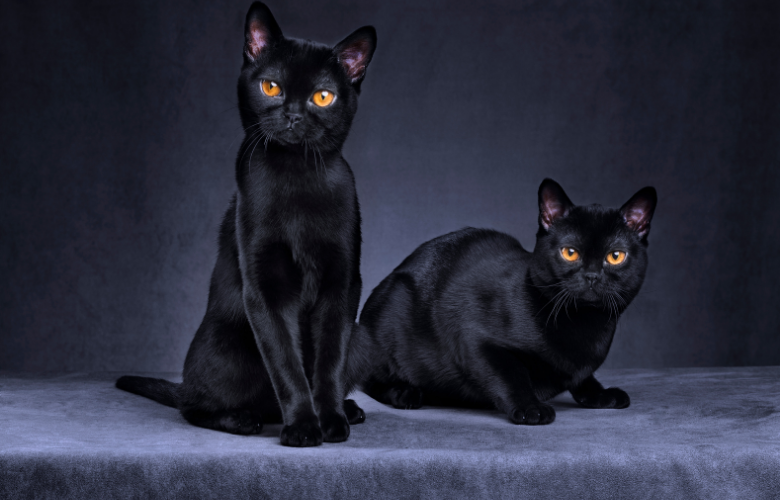 Black cats are synonymous with Halloween, but they are not a holiday decoration!  Black cats are the most at-risk cats as rescues, strays, and those in loving furever homes.  Black cats need extra consideration all year, but especially during Halloween. Let’s talk about why that is and how you can help protect black cats.

Why are people scared of black cats?

Historically, many stories and rumors spread that created superstitions and naive beliefs about black cats.  This caused many people to fear them over a long period.  From bad luck to a witches’ familiar to satanic worship – black cats get a bad rap.

It wasn’t always this way many black cats were worshipped:

So when and why did people start thinking that black cats were bad luck?

What is Black Cat Syndrome?

Black cats are adopted at lower rates than other cats and are more likely to be euthanized – this is a long-held belief in the cat rescue community. However, according to a recent study, this is a myth, and the reason people believe this is because there are more black cats overall.

Black cat syndrome is a term coined by cat shelters.  Of course, this phenomenon has more to do with ignorance or superstition than something wrong with black cats.  October is black cat awareness month to dispel these beliefs.  However, many shelters and rescues are hesitant to allow black cat adoptions during October, as they must be cautious of adopters that do not want to adopt for the right reasons.

How to protect black cats during October

Halloween isn’t the only day your black cat is in danger; it is the entire month leading up to it.