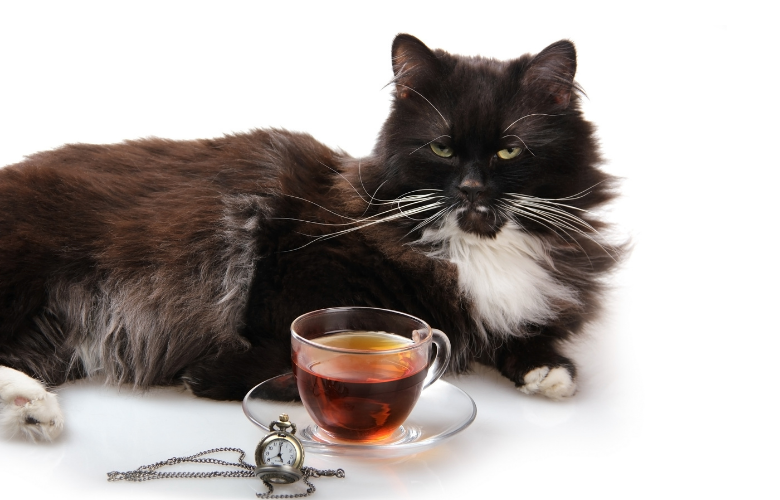 Spilling the tea on what is going on with celebrity cats and what they are up to.

One of the richest cats in the world

Olivia Benson has a famous cat mom – Taylor Swift – but it isn’t her wealth that makes her one of the richest cats in the world!  Olivia Benson has a net worth of $97 million because of her commercial work – making her the 3rd richest cat in the world.  Since making cameos in a variety of commercials and ads including Diet Coke and Keds.  In addition to her ad work, Olivia has a merchandise line that Taylor Swift has sold on her site.

A couple of weeks ago, in Cornwall, England, a hero cat helped rescue an 83 year old woman that had fallen down a ravine.  Her cat, Piran, continued to meow nonstop at the point she had fallen 70 feet and alerted a neighbor, who in turn alerted rescue crews.  According to NPR – “Without the cat waiting at the gate to that field, it could have been hours later that I or anyone else would have checked there,” the neighbor, Tamar Longmuir, told Sky News. The woman was taken to the hospital in “stable condition”.

Another viral kitty has racked up more than 2.8 million views on Tik Tok and gained over a million likes for some peculiar behavior. The video was posted by Sarah Cruz of her cat Ori, letting water drip on his nose while intensely staring. You can watch the strange behavior on the video here.

Sally the Cat, helps the patients at the Riverside Transitional Care in La Crosse, Wisconsin.  She has comforted the end-of-life residents and their families in the dementia unit for the past 16 years.

“Janita Larson has worked at Riverside for sixteen years, the same amount of time Sally has been there. She says if she hadn’t seen it for herself, she wouldn’t believe it. Sally would know when someone was passing away and we would find them on the back of their chair for no apparent reason or she would just start being in their room and she’s never been in their room before. And then they will actively begin to die,” said Janita.”