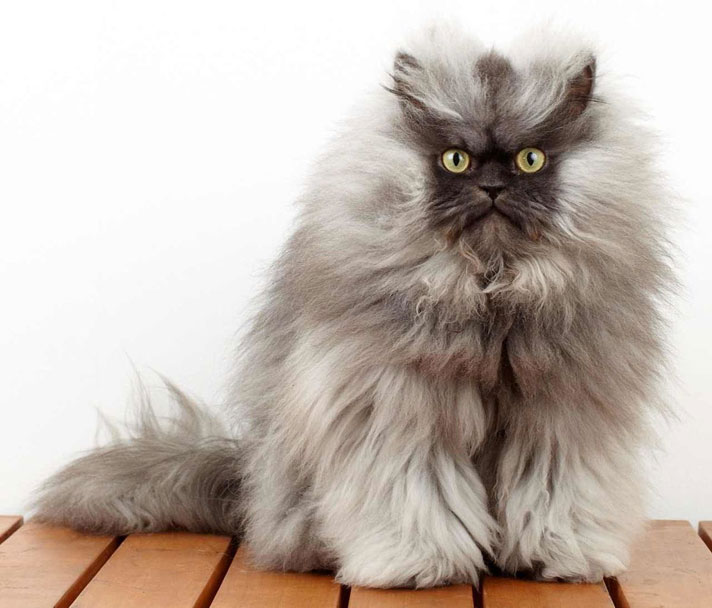 Is there a cat underneath all of that hair? You know, I asked myself the same thing when I first saw this picture. Named Colonel Meow, this Himalayan-Persian mix held the Guinness World Record for a cat with the longest fur back in 2014 with fur strands averaging nine inches in length! One of his favorite pastimes is sitting atop his cat castle and watch the world go by below him.

Interested in learning more about the late furry feline? No worries, he still has his own website, Facebook page and YouTube channel! Watch this video about Colonel Meow and who he was as a cat.