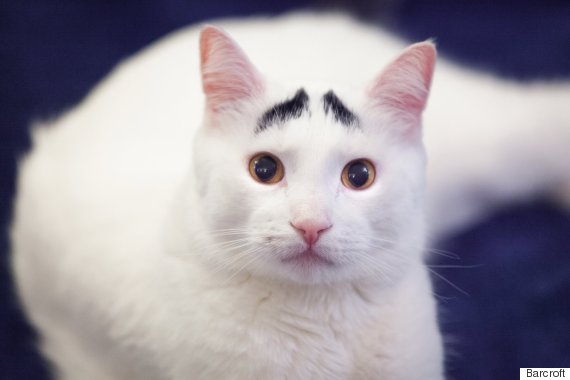 Black eyebrow-shaped markings over his eyes make this cat look like he is always in a state of surprise or slightly concerned about something. Meet Sam, known as the eyebrow cat for obvious reasons, an all white cat save for black markings on his forehead and tail. Cute and friendly this rescue cat is now an Instagram sensation with over 10,000 followers. So whether his furrowed brows are caused by his Internet fame or simply something he saw outside the window—this cat has nothing to worry about.

Some fun facts about Sam:

Read more about Sam on his official web page.