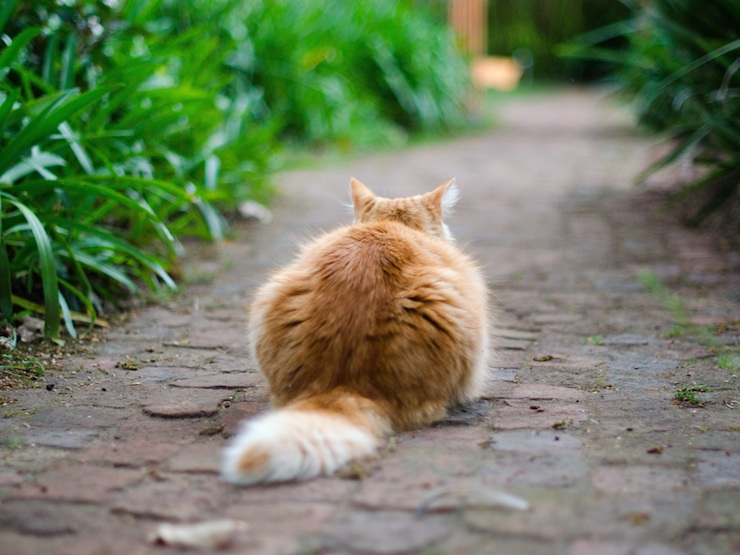 Every veterinarian who has been an active clinical veterinarian has many stories to tell. Unfortunately, most of us are not great storytellers like the English veterinarian James Herriot. I can relate a good story when I have an audience at a party but have never put them down on paper.

Early in my years of practice, the stories were plentiful, and now that I’m retired, they continue to amuse me whenever I think of them. At the time of this story, my veterinary office was small and located in a building not much larger than a shoebox, so I was willing to make house calls. I was called by an elderly lady who had just moved into a retirement apartment complex. She was new to the area and needed help. She didn’t know who to call but had a big problem.

Her strictly house cat, which had never been outside and probably wasn’t happy about the move, decided to explore the neighborhood when the opportunity of an open door presented itself. Her cat was unsure about the new surroundings, inside or outside the house. Once outside and free, “Missy” found a thicket and had been living there for about three days. Her owner was feeding her at the edge of the thicket and could see her but not catch her to bring her back into the apartment.

I was asked to come to make sure her cat was well. When I arrived, the elderly lady pointed to the thicket and said I would need to catch “Missy” first. I should mention that my new client was using a walker and had limited mobility. Missy wasn’t about to come out of her hiding place, and as I was totally unable to approach her, I returned to my office to get a catch pole which was used for big aggressive dogs (it’s about five feet long).

It took a while to catch Missy, as she was a very smart cat. With the help of my wife, we were able to catch Missy, who was now a very snarly, angry cat and return her to the safety of her new home. Her grateful owner offered us some refreshments and wanted to pay us for our trouble. We refused both, happy in the knowledge that Missy was now safely inside her new home.

As we said goodbye, the client stood waving at us from her open door. “Close the door!” my wife shouted as we drove away.