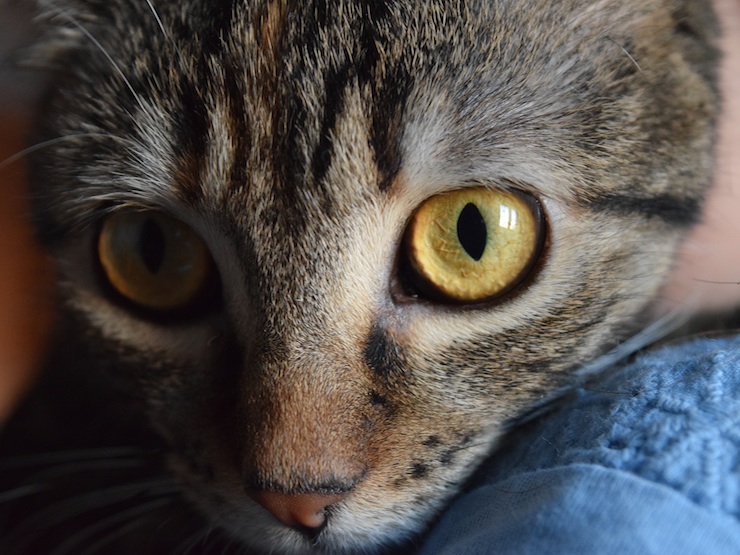 Do you have road rage anytime you get behind the wheel? Well, it could be all Fluffy’s fault. What’s the connection, you ask? It turns out your anger could be the result of being infected with the toxoplasmosis parasite, sometimes found in cat poop. Yep, we’re serious.

In a new study published in the Journal of Clinical Psychology, researchers examined more than 350 adults with something called Intermittent Explosive Disorder (IED) and found that they were twice as likely to be exposed to the parasite than those without a psychiatric diagnosis. Whoa. It’s worth pointing out though, that while the researchers found an association between toxoplasmosis and IED, they couldn’t prove that toxoplasmosis actually caused someone to get all rage-y.

Still, lots of people are exposed to this parasite (according to the CDC, about 20 percent of the population in the U.S. has been infected!). Cats shed the parasite when they go number two, and humans are generally infected after cleaning their pet’s litter box and not washing their hands after. The moral of the story: Always suds up after scooping out your kitty’s poop. It’s not only hygienic, it may save you some unnecessary anger.